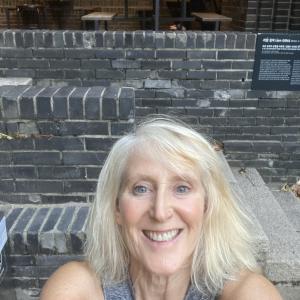 I have worked in a range of educational settings including jails, libraries, community colleges, and non-profits, and with disenfranchised groups and non-traditional students. In a Seattle-based project, I focused on the ways under-represented community college students mentored residents transitioning out of homelessness, in a project sponsored by the Low-Income Housing Institute and WWU that was funded by the President of WWU. See project website.

My 2013 publication, Deskilling Migrant Women in the Global Care Industry focuses on immigrant women caregivers in England and their aspirations, trajectories, and mobilities. My scholarship in the U.S. has focused on the nexus of economic justice and migrancy with Washington State as a case study. See my 2017 book, Transnational Family Communication: Immigrants and ICTs. I produced a documentary short on an immigrant childcare worker which premiered at the Seattle International Film Festival, Tacoma Film Festival and the Local Sightings festival, and was featured on Alaska Airlines Shorts. See it here.

My Fulbright research project focuses on the mobilities of immigrant women in Chile. You can learn about it here, here, here, and here, The findings are featured in my book (Routledge, 2022), Mapping Southern Routes of Migrant Women: A Case Study of Chile and an article (2022). My newest project in 2022 is: "Migrations & Mobilities of Mongolian Women"  that is funded by the Jack Street Fund for Mongolia, the American Center for Mongolian Studies and the Henry Luce Foundation. The study focuses on Mongolian women, gender, and education at the intersections of internal migration in Mongolia and intraregional migration to South Korea. My other project, with colleagues at the University of London, Birkbeck focuses on migrancy and care, distance, and separation, with a documentary project on this subject.