Today, the second of three city sponsored encampments will open up in Ballard. Dozens of volunteers helped build the new "tent city" located on Market St. The encampment will house up to 50 people and represent a new hope for many who face a cold winter without a permanent residence.  Check out the LIHI/WWU project blog for more on the Ballard encampment and the backlash from the Ballard community.

Residents of this tent city will meet with social workers and to move from the encampment eventually into more permanent housing. 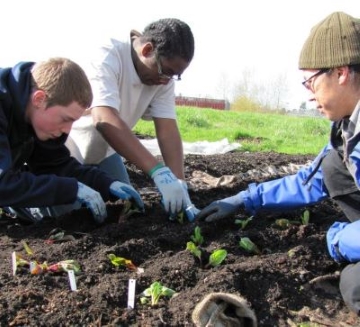 The Seattle Youth Garden has been operating in south Seattle for over 20 years. This urban farm produces fruits and vegetables while teaching homeless youth valuable skills and providing them the opportunity to learn resume writing and personal finance. Participants accepted into the program get paid to learn skills which the farm has to offer and can be a critical step in finding long term employment.

The organization is in the final stages of a $3 million capital campaign to expand and construction should be done by the spring of 2016. This program will be expanding to include a new classroom, a teaching kitchen and improvements to greenhouses. Each year, about 60 participants are accepted into the program but this number will increase with this improvements.

On November 2nd, 2015 Seattle officials have declared the cities growing Homelessness a state of emergency. This announcement comes with a $5.3 million package to address the issue and provide services to these individuals. Mayor Ed Murray says that cities can only do so much to amend the issue, and that federal and state partners need to do more.

While emergency declarations are usually associated with natural disasters, homelessness is a man-made disaster which is just as deadly. This declaration allows the city to make immediate steps to provide relief and is a cry for federal government help. Read more about this declaration here. This article has some interesting information on this issue as well.

Advocating "Political Will" to Fund Prevention 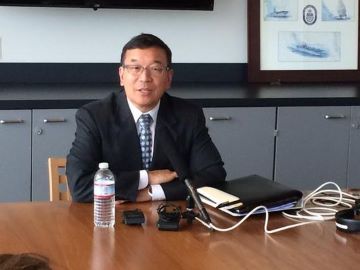 According to City Council Member John Okamato, the best way to keep people out of homeless shelters is to prevent them from becoming homeless in the first place. While he admits that shelters are an incredibly valuable resource, especially with winter quickly approaching, he advocates for a shift in the way we support those in need.

As of right now, only %11 of the total investment in homelessness is going towards prevention, which isn’t enough to benefit the majority of the population. In 2012, the city called for an increase in funding to reduce homelessness, but this request was not fulfilled “Due to lack of political will and advocacy efforts”

John Okamato will be requesting $1.5 Million for homeless diversion services “to keep families and youths from entering shelters or significantly reducing their length of stay.” He plans to change the way we think about this issue and keep families out of shelters in the first place.

He hopes that advocating for these issues will increase "political will." He closes his editorial by stating that "The City Council also has the opportunity to put a greater emphasis on prevention in this year’s budget. We simply need the political will to make it happen."

Seattle currently ranks number 9 in terms of most unaffordable places to live. Another contender, Oahu, has come up with an ingenuitive plan to combat increased homelessness; to work with local designer to retrofit decommissioned city buses to serve as transitional housing!

Utilizing the buses layout, buses will be converted into living, sleeping, showing, and recreational facilities. Each both will fulfill a specific purpose with all buses acting as a fleet, opposed to an R.V. which is similar to a house on wheels. "We're fitting some to be bathrooms and showers, we're fitting some out to be sleeping areas, and the design completely folds away like a Japanese tatami mat," said Ma Ry Kim of Group 70 who is spearheading the project.

"The entire design is based on the premise that you could walk into a hardware store, buy everything you need in one go and build everything with no trade skills," Kim says. Various organizations are donating supplies towards the renovation project and the project utilizes only volunteer labor.

The first two buses are scheduled for completion with an additional five completed by the years end.

At nine years old, Hailey Fort is using power tools every day but she isn't building a fort or a clubhouse; she's building a mobile sleeping shelter for her friend Edward.

This impressive 8x4-foot wooden structure will be completed with windows, insulation, roof, and front door. It is one of 11 she plans to build and donate to her new friend Edward and others in her local community. Each shelter costs $300 to build, thanks in part to a generous 50% discount provided by the Silverlake Lowes Hardware.

Her involvement with the transitional housing population started 4 years ago when noticed a homeless man and wanted to buy him a sandwich. From there she realized with she could help with more than just a sandwich and start a garden. Last year alone, she donated 128 pounds to the local food bank and has plans this year to reach 250 pounds.

"It just doesn't seem right that there are homeless people," Hailey said, "I think everyone should have a place to live."

Hailey has been able to look at Edward and others to see them for who they are; people.

If interested in following Hailey on her harvest goals this year, make sure to checkout Hailey's Harvest. 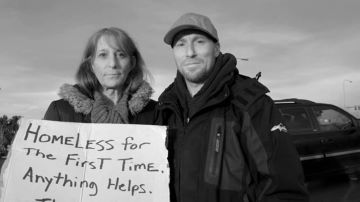 Two local film makers, Fredrick Dent and Lisa Spicer, have teamed up with the Whatcom Homeless Service Center to create a web based mini-documentary series addressing homelessness in Bellingham.

Season one explores the complexities of homelessness and impact on the local community. Each episode focuses on different issues, going beyond a persons situation or condition, offering a glimpse into their lives. The Ballard of Ferni Sanchez interviews Bellingham native and U.S. Army veteran shows the anyone can become homeless. After losing jobs and fleeing an abusive relationship, Ferni made the streets her home until The Opportunity Council helped her secure housing through the Veterans Affairs Supportive Housing program. A home is security that helped her get her life back.

That's the Way it's Happened for Me tells Ed's story and the impact a personal injury. He went being a hospital counselor to being disabled and having his house foreclosed upon. After finally saving money, he was able to purchase an RV that he now calls home with his cats. Unable to work, he focuses his time to help others in their recovery through Alcoholics Anonymous.

"Enlightenment inspires action," said Greg Winter, director of the Whatcom Homeless Service Center, and this is a pinnacle point moving forward. The local community has positively responded to the documentaries asking how they can help. Currently, The Opportunity Council estimates $20,000 in second season production costs. Season two will focus on LGBTQ youth, homeless families, and mental health. To help, a crowd funding campaign has been set-up and there is a producer's party fundraiser scheduled for June 11th at the Pickford Films Center.

Revealing Articles about Homelessness in Seattle